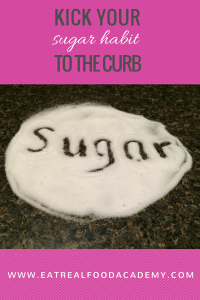 …I learned about eating real food.

Pop and energy drinks weren’t even on my radar. Nor did I snack on chocolate bars or indulge in decadent desserts very often. If I had alcohol, I kept it to one or two glasses.

As a health-conscious individual trying to do the right thing, I was sure I was on the right path. After all, I was following the government food guidelines to the best of my ability.

But it turns out most of what I ate was sugar!

Although cleverly disguised as health food, most of my meals were actually loaded with sugar:

Mark Sisson’s Carbohydrate Curve served as a huge wake up call for me. He argues that by eating real food, you will consume roughly 100-150 grams of carbohydrates per day rather effortlessly. And that’s more than enough for our bodies without overproducing insulin — our fat-storage hormone — which has been linked to so many preventable diseases. 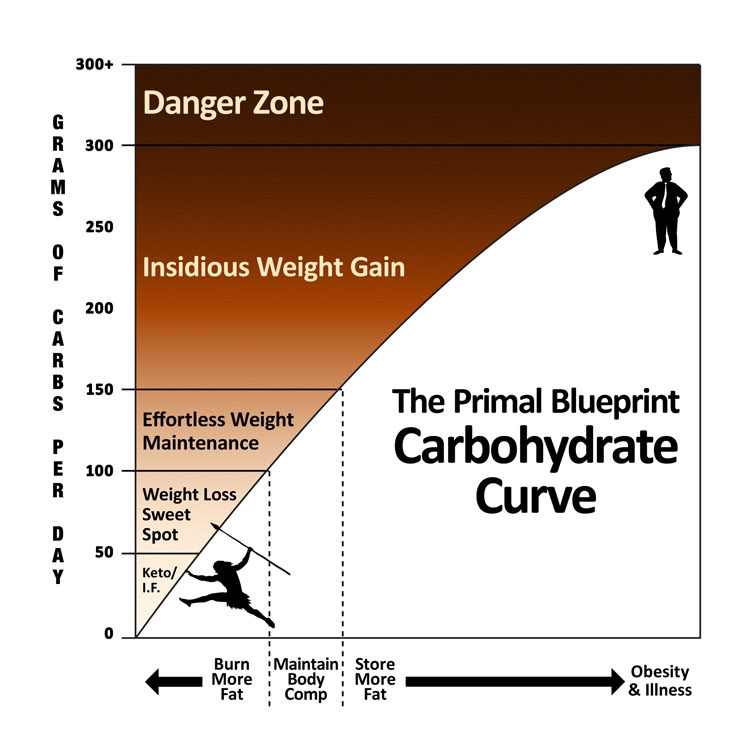 When I plotted my typical day of eating along this curve, I was horrified to discover that I was off the charts! It turned out that roughly 75 percent of my daily caloric intake was in the form of carbohydrates, corresponding to almost 400 grams per day — far surpassing the “danger zone.”

And it was starting to take its toll:

I’m happy to report that my real food diet remedied all of the above symptoms, but it left me with some questions.

How could I — a health care professional trying so hard to do the right thing — have been so far off the mark?

How was it even possible that three quarters of my diet was sugar when I honestly believed I ate very little of it?

How can I help others achieve their health goals by eating less sugar?

Expanding the definition of sugar

Hopefully we can all agree that consuming too much sugar is not in our best interest. So the first step is to become aware of where sugar lurks in the foods and drinks we do consume. Like me, this exercise may shock you, but realize that any lasting change really does begin with an honest assessment of the facts.

If you need some help quantifying your daily carb intake, check out one of the free, online food calculators such as myfitnesspal.com or fitday.com.

We’d love to hear from you. Where does a typical day of eating land you on Sisson’s Carbohydrate Curve?

Stop obsessing over the details and commit to the basics
A St. Patrick’s Day idea worth stealing