What’s so bad about sugar, grains, and refined vegetable oils – the three most over-emphasized foods in the modern diet?

#1 – I’ve already discussed how they make you fat and hangry.

#2 – I’ve outlined how they make you sick and inflamed.

#3 – And today I’ll detail how they make you age faster.

Cells can only divide so many times before they die.

So the big question is, what slows down cell division?

Before we get to that million-dollar question, I think it’s helpful to first discuss what speeds it up.

Cell division is driven by inflammation, oxidation, free radical damage, and a process called glycation – all of which come about from poor dietary habits such as excess consumption of sugar and sweetened beverages, grains / processed food, and industrial oils — not to mention simply overeating in general.

This is why the role of intermittent fasting as a potential anti-aging strategy is so fascinating. The fewer calories you eat, the slower your cells divide, and the longer you live. (Caveat: this does not mean starving yourself; this means becoming efficient at burning your own stored body fat or internally manufactured ketones for energy – a process known as “caloric efficiency”).

Throw in other adverse lifestyle practices so commonplace in modern life – such as excess stress, insufficient sleep, chronic exercise patterns, or lack of general everyday movement – and we have a perfect storm for wrinkly skin, chronic disease, and even premature death.

We discussed at length in previous posts how grains, sugars, and refined vegetable oils contribute to oxidation, inflammation, and free radial damage. But we haven’t talked about glycation.

Glycation is the process of glucose molecules binding with important structural proteins in the body and interfering with their normal, healthy function. The longest living cells in your body – such as those which power your eyes, kidneys and heart – are the most vulnerable to glycation. This is one of the reasons that people with diabetes tend to suffer from vision and kidneys problems. 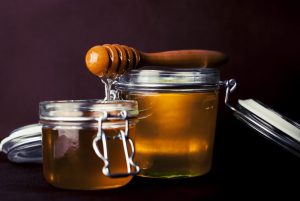 Think about how sticky it gets around the lid of your honey jar or how your fingers get sticky after making lemonade (for your kids’ lemonade stand, of course … I know you drink mostly water!). Well, glucose is actually sticky inside your body too.

Through a chain of chemical reactions inside the body, advanced glycation end-products (ironically abbreviated AGEs) are formed in the presence of high levels of glucose, which wreak havoc on healthy cellular function.

AGEs can also form externally as a result of smoking cigarettes or over-cooking your food (think: blackened barbecued chicken!). AGEs are also believed to suppress the body’s production of internal antioxidants, which are a first line of defense in the fight against free radical damage.

Glycation is truly the essence of accelerated aging.

As you can see, there are many reasons to make real food the centerpiece of your diet, and to ditch sugar, grains, and refined vegetable oils to the curb.

I’d love to know which one resonated the most for you? Please leave me a comment below.

What’s so bad about sugar, grains, and refined vegetable oils? (Part 2)
Why Adults Need Recess Too